I was delighted to find myself in the Top Ten (alright; top 15) of the European Values list of 2,326 “Useful Idiots” appearing regularly on RT shows, and thus legitimizing Vladimir Putin’s attempt to destroy Western civilization as we know it.

Why delighted? Because it completes the set of conspiracies to which I can now be accused of belonging. They include:

• The Putin Conspiracy, since I am regularly interviewed on Russia Today (and even worse, I now get paid to write for RT!);

• The Soros Conspiracy, since my research, has been funded by the Institute for New Economic Thinking (INET) which he established;

• The Murdoch Conspiracy, since I appear every week on Sky News Australia with Carson Scott, and I used to get paid by News Ltd to write a weekly column; and 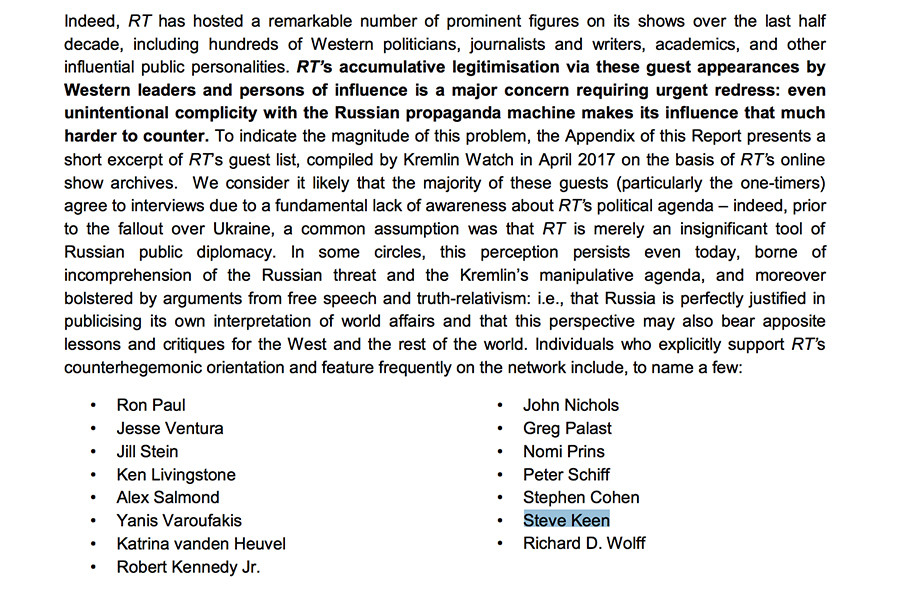 So not only am I a “useful idiot,” I’m a useful idiot for four contradictory conspiracies. Does that make me a double-double agent?

No, it makes me someone who’s quadruple pissed off with people who attempt to understand the world from the perspective of conspiracy theories in the first place. I don’t deny the existence of conspiracies: in fact, far from it, because they’re everywhere. What I do deny is the implicit assumption that the conspirators understand the system they’re attempting to manipulate. …