Scott Ritter is arguably the most experienced American weapons inspector and in this interview with Dennis J. Bernstein he levels a frank assessment of U.S. government assertions about chemical weapons use.

In the 1980’s, Scott Ritter was a commissioned officer in the United States Marine Corps, specializing in intelligence.  In 1987, Ritter was assigned to the On-Site Inspection Agency, which was put together to go into the Soviet Union and oversee the implementation of the Intermediate Nuclear Forces Treaty.  This was the first time that on-site inspection had been used as part of a disarmament verification process.

Ritter was one of the groundbreakers in developing on-site inspection techniques and methodologies. With this unique experience behind him, Ritter was asked in 1991, at the end of the Gulf War, to join the United Nations Special Commission, which was tasked by the Security Council to oversee the disarmament of Iraq’s weapons of mass destruction.  From 1991 to 1998, Ritter served as a chief weapons inspector and led a number of teams into Iraq.

According to Ritter, in the following Flashpoints Radio interview with Dennis Bernstein conducted on April 23rd, US, British and French claims that the Syrian Government used chemical weapons against civilians last month appear to be totally bogus.

Dennis Bernstein:  You have been speaking out recently about the use of chemical weapons in Syria. Could you outline your case?

Scott Ritter: There are a lot of similarities between the Syrian case and the Iraqi case.  Both countries possess weapons of mass destruction. Syria had a very large chemical weapons program.

In 2013 there was an incident in a suburb of Damascus called Ghouta, the same suburb where the current controversy is taking place.  The allegations were that the Syrian government used sarin nerve agent against the civilian population. The Syrian government denied that, but as a result of that incident the international community got together and compelled Syria into signing the Chemical Weapons Convention, declaring the totality of its chemical weapons holdings, and opening itself to be disarmed by inspections of the Organization for the Prohibition of Chemical Weapons.  Russia was chosen to be the guarantor of Syria’s compliance. The bottom line is that Syria had the weapons but was verified by 2016 as being in 100% compliance. The totality of Syria’s chemical weapons program was eliminated. 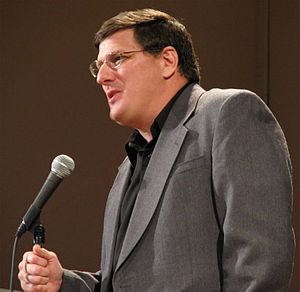 Ritter: They just make it up.

At the same time that this disarmament process was taking place, Syria was being engulfed in a civil war which has resulted in a humanitarian crisis.  Over a half million people have died. It is a war that pits the Syrian government against a variety of anti-regime forces, many of which are Islamic in nature: the Islamic State, Al Nusra, Al Qaeda.  Some of these Islamic factions have been in the vicinity of Ghouta since 2012.

Earlier this year, the Syrian government initiated an offensive to liberate that area of these factions.  It was very heavy fighting, thousands of civilians were killed, with massive aerial bombardment. Government forces were prevailing and by April 6 it looked as if the militants were preparing to surrender. …